RIGHT TO BE PROTECTED

Because of the polluted air you do not know who I am. (image taken from view-source: https: //www.google.com.co/)

The urban landscape with people wearing masks in the midst of a gray and toxic haze - which until recently one thought only happened in Mexico City and Beijing - is also becoming a relatively frequent sight in Medellín.

Many people had to panic with the images that were published in newspapers and websites on March 3, 2018, where many people from Medellin wore masks to breathe while an immense gray curtain covered the city, an image very similar to those of come in the English horror movies. To overcome the emergency, the authorities recommended that people refrain from going outside. On the website: https://sostenibilidad.semana.com/impacto/articulo/calidad-del-aire-en-medellin, the origin of the problem was clarified. Apart from this article, it seems useful to transcribe so that we become aware of what it means to have contaminated air:

"The pollution in the capital paisa comes from the combustion of gasoline and the ACPM that move vehicles and industries. This chemical process releases large amounts of particulate material into the atmosphere. In meteorological conditions of little radiation and low cloudiness like the current ones, these elements do not disperse but are suspended very close to the surface, where they are sucked by the three million people that inhabit that narrow valley less than seven kilometers wide.

These particles are so tiny that the nose can not filter them and pass directly to the respiratory and blood systems. Once there, these foreign agents become the cause of multiple intestinal diseases, respiratory, cardiovascular and different types of cancer. Even in many cases they can lead to the death of people who are exposed to these environments for prolonged periods.

To give us an idea of ​​what these "tiny particles" mean, it is enough to know that the smallest particles are 2.5 or less microns or micrometers in diameter, PM 2.5, which are the ones that can enter a person's bloodstream and reach to the brain. If a micron is one thousandth of a millimeter and a human hair has about 70 microns then let's do the following: a hair is 30 times larger than the smallest particle that contamination can introduce into the human body. And these particles enter in heaps when breathing, giving rise to "multiple intestinal diseases, respiratory, cardiovascular and different types of cancer. Even in many cases they can lead to the death of people who are exposed to these environments for prolonged periods »according to the same article.

According to the above, we have an incontrovertible fact: pollution deteriorates air quality, affects human health, and the sustainability of all species. The WHO has said in its latest reports: air pollution is linked to one in nine deaths in the world. This figure exposes the dimension of the problem.

A problem that must be attacked from all fronts, and everyone working from their particular environment: every positive action to avoid contamination is a contribution to the improvement of the planet's sustainability. The reduction of CO2 is if you want the purpose that should be on the agenda of national and local governments, just as it should be a responsibility shared by businessmen, academia and communities. And is not for less. Let's look further in and with more figures the problem of pollution: currently the different forms of combustion throw into the atmosphere CO2 in huge quantities, and a part, calculated at 4.500 million tons of carbon, is captured by soils, forests and seas of the Earth. We owe this help of nature if we want life. But ... and here comes the big one: if the temperature of the Earth increases by 2 ° C, soils, forests and seas will get so hot that they will release the carbon they have captured and it will be the debacle. We will no longer have the nature of an ally but of an enemy. 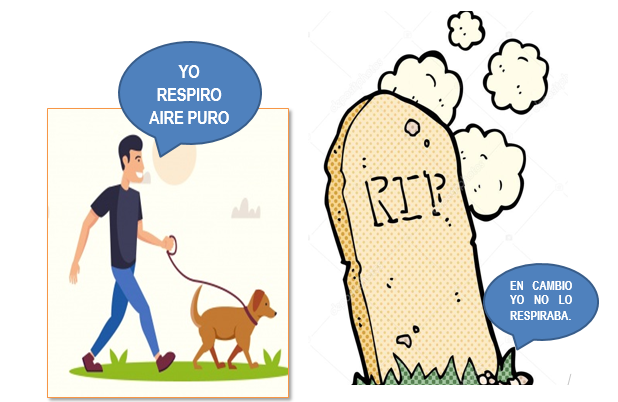 Faced with this scenario there is only one thing: act now. And this action is to apply from very simple rules of life to government plans to discourage polluting industries with penalties on board. An example of what we can do from our particular environment, without bothering us much and without any cost, is in these recommendations:

Recycle garbage: reuse what can be reused, and make appropriate selection of it; Another idea is to get in touch with the companies in our city that are recycling some materials. For example, cooking oil. These companies have collection sites, and some guarantee collection at home.

Avoid the burning of garbage and tires.

Make proper maintenance of the automobiles. There are very instructive sites on the web about what to do and avoid to contaminate with the car. This link can be useful: https://motor.elpais.com/conducir/15-maneras-coche-contamine-menos/

Avoid buying items that are not biodegradable, for example plastic ones.

No smoking: an excellent practice that has extraordinary beneficial effects.

Modify certain gastronomic tastes: if you are one of the people who have the ancestral idea in their head that only the chicken stew cooked in wood is tasty, it is better to abandon this superficial idea: these stoves encourage the felling of trees.

To be the guarantor of the first fundamental right enshrined in our Political Constitution, the right to life (Article 11 The right to life is inviolable, there will be no death penalty), the State must provide whatever is necessary so that the air of all the national territory is healthy. In this sense it is more effective to educate the people to stimulate a culture that respects the environment than to penalize violators of environmental regulations. With people aware of the need to live in harmony with nature, the fines will be irrelevant.